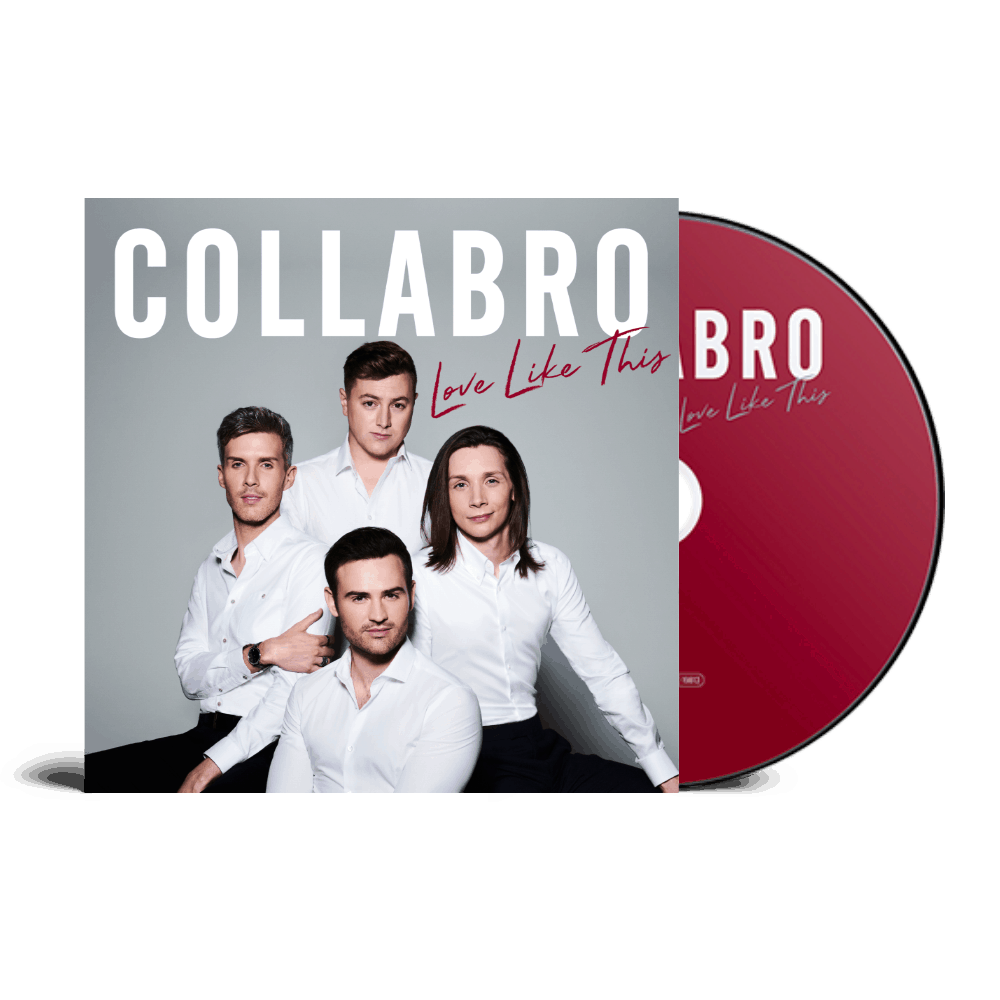 *product may differ to image displayed

Michael Auger, Jamie Lambert, Matthew Pagan and Thomas J Redgrave - are the world’s most successful musical theatre group. Having met for their first rehearsal in a pub at London Bridge in 2014, they auditioned for Britain’s Got Talent a month later and received a full standing ovation from both the audience and the judges after their performance. They went on to win the competition with one of the biggest majorities ever, and their debut album‘Stars’entered the UK albums chart at number one, was quickly certified gold, and became the fastest-selling album in 2014.

Four sell out UK tours, two US tours, headline slots at the London Palladium, Wembley Stadium, the Royal Albert Hall, the 02 Arena and a show for Her Majesty The Queen later, COLLABRO have announced the release of their fifth album ‘Love Like This ’ on November 15th 2019, through BMG. They will take the new album out to their fans with a full UK tour throughout October 2020.

A hand picked selection of their favourite contemporary songs, Love Like This includes Coldplay’s Fix You as an instant grat track (“We know that everyone thinks of something different when they hear this song and we used our voices to act as the majority of instruments to put our unique spin on it” ), Keane’s Somewhere Only We Know (“We sang this song on our second UK tour but it’s never been on an album and we still love it now”),Ellie Goulding’s Love Me Like You Do (“This is for all our fans who have been asking for a wedding song!” and Lewis Capaldi’s Someone You Loved (“When we heard Lewis sing this for the first time we were all together. We looked at each other and just knew it was a song we wanted to sing. The melody is beautiful and everyone can relate to the lyrics”)